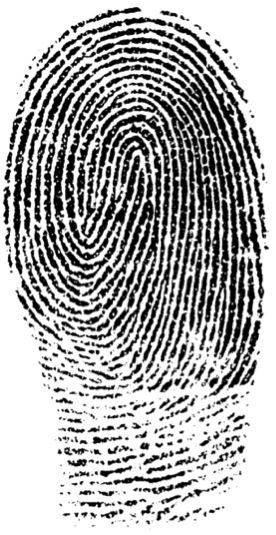 I usually don’t bother running my students' essays through a cheater-beater search engine like Turnitin or iThenticate, because, as I like to tell them, an individual's writing style is as good as a fingerprint or a DNA smear. After taking a few in-class writing samples, I can usually tell by reading a few sentences whether or not an essay is the work of the person whose name accompanies it. It’s partly a bluff, of course. And dependably at the end of each term, the educrats who administrate at my school require me to feed all my class essays through a cheat filter. The whole business is malodorous. I feel like I have insulted people who are dear to me, and as most students know these programs only catch the amateur plagiarists. Any really serious cheater will be savvy enough, and usually rich enough, to purchase a bespoke essay tailored to his or her needs from one of the service providers in the booming academic paper-mill industry festering on the web.

But my warning is not all bluff. More than a few times, I have caught rule-benders by following up on a stylistic sniff test that tells me that the crappy sentences that Student A is giving me on her last essay did not come from the same brain as the crappy sentences she has been writing in class. And from there, a suite of top-secret teacherly tactics are deployed to smoke out the crime.

What goes into creating the “smell” of a particular group of sentences is as complex as the factors that make a first-growth claret have its own nose – to borrow the wonderful reflexive metonymic technical term from the the pages of the oenophile’s lexicon.  And the “nose” emitted by Francis Bacon or John Milton or Joan Didion as opposed to that coming off the papers turned in at my table by Jason, Chika, Melissa, or Kuong, is as distinguishable as  Château d'Yquem is from Night Train. Oh, way more distinguishable.

Now both noses have their place; both can offer pleasure and real refreshment in the right circumstance, but you definitely will know the difference after a few sips or sentences.  It will be harder to pick out the distinction between writers in the same class: Romantics, Pre-Raphaelites, Sophomores, or graduate students. But you can do it..

Surely no one will fail to sense the sea change between this by Arthur Conan Doyle:

We have had some very strange doing at Hurlstone, and the police have been able to throw no light upon the matter. It is really the most extraordinary and inexplicable business. (The Musgrave Ritual)

And this by Vladimir Nabokov:

One afternoon we were climbing the glossy-limbed shattal tree at the bottom of the garden. Mlle Lariviere and little Lucette, screened by a caprice of the coppice but just within earshot, were playing grace hoops. (Ada, Chapter 15)

What are the tell-tale markers? “Strange doing,” and the theme of ineffectual police, and the polysyllabic, nearly redundant “extraordinary and inexplicable” are the Holmsian giveaways. And to anyone who has read much by Nabokov, “the caprice of the coppice” is the kind of corny, erudite, gee-gaw you are likely not to find on anyone else's page. That, with the botanical specificity and obscurity of the “shattal tree” and the effete presence of “little Lucette” and her French nanny point unequivocally to the Americanized Russian aristocrat.

So, it’s fun to play this game of stylistic forensics. Let me float a few lab samples your way and see how you do. (Answers are Shakespeare, Kerouac, Salinger, Hawthorne, Thompson, Dickens -- but not necessarily in. that order.)

1)  Then, all of a sudden, I started to cry. I couldn't help it. I did it so nobody could hear me, but I did it. It scared hell out of old Phoebe when I started doing it, and she came over and tried to make me stop, but once you get started, you can't just stop on a goddam dime. I was still sitting on the edge of the bed when I did it, and she put her old arm around my neck, and I put my arm around her, too, but I still couldn't stop for a long time. I thought I was going to choke to death or something. Boy, I scared hell out of poor old Phoebe. The damn window was open and everything, and I could feel her shivering and all, because all she had on was her pajamas.

2)  On came the hoof tramps and the voices of the riders, two grave old voices, conversing soberly as they drew near. These mingled sounds appeared to pass along the road, within a few yards of the young man's hiding-place; but, owing doubtless to the depth of the gloom at that particular spot, neither the travellers nor their steeds were visible. Though their figures brushed the small boughs by the wayside, it could not be seen that they intercepted, even for a moment, the faint gleam from the strip of bright sky athwart which they must have passed.

3)  I woke up as the sun was reddening; and that was the one distinct time in my life, the strangest moment of all, when I didn't know who I was - I was far away from home, haunted and tired with travel, in a cheap hotel room I'd never seen, hearing the hiss of steam outside, and the creak of the old wood of the hotel, and footsteps upstairs, and all the sad sounds, and I looked at the cracked high ceiling and really didn't know who I was for about fifteen strange seconds. I wasn't scared; I was just somebody else, some stranger, and my whole life was a haunted life, the life of a ghost. I was halfway across America, at the dividing line between the East of my youth and the West of my future, and maybe that's why it happened right there and then, that strange red afternoon.

4)   Marry, before he fell down, when he perceived the common herd was glad he refused the crown, he plucked me ope his doublet and offered them his throat to cut. An I had been a man of any occupation, if I would not have taken him at a word, I would I might go to hell among the rogues. And so he fell. When he came to himself again, he said, If he had done or said any thing amiss, he desired their worships to think it was his infirmity. Three or four wenches, where I stood, cried 'Alas, good soul!' and forgave him with all their hearts: but there's no heed to be taken of them; if Caesar had stabbed their mothers, they would have done no less.

5)  Ah; this terrible gibberish. Grim memories and bad flash backs, looming up through the time/fog of Stanyan Street… no solace for refugees, no point in looking back. The question, as always, is now…?
I was slumped on my bed in the Flamingo, feeling dangerously out of phase with my surroundings. Something ugly was about to happen. I was sure of it. The room looked like the site of some disastrous zoological experiment involving whiskey and gorillas. The ten-foot mirror was shattered, but still hanging together – bad evidence of that afternoon when my attorney ran amok with the coconut hammer, smashing mirror and all the lightbulbs.

6)  The healthy light of a fine October morning made even the dingy old houses brighten up a little; some of the dusty windows actually looking almost cheerful as the sun's rays gleamed upon them. Clerk after clerk hastened into the square by one or other of the entrances, and looking up at the Hall clock, accelerated or decreased his rate of walking according to the time at which his office hours nominally commenced; the half-past nine o'clock people suddenly becoming very brisk, and the ten o'clock gentlemen falling into a pace of most aristocratic slowness. The clock struck ten, and clerks poured in faster than ever, each one in a greater perspiration than his predecessor. The noise of unlocking and opening doors echoed and re-echoed on every side; heads appeared as if by magic in every window; the porters took up their stations for the day; the slipshod laundresses hurried off; the postman ran from house to house; and the whole legal hive was in a bustle.