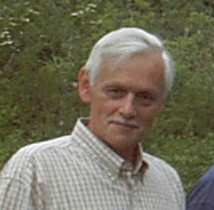 NextSentence.net is a non-commercial website that presumes to present a theory of rhetoric, an enchiridion of style, some games, a few exercises, a chortle or two, and some essays, all dedicated to the dubious proposition that a person can become a better wirter by practice and persistence.

The focus here is on the written sentence. We all compose sentences--some written, some uttered, but most left unuttered--all day long. I'm told that it's the most human thing we do. And so it is only human to wonder what really a sentence is, and then ask what makes one better than the other.

The site is currently being set up and eventually cleaned up by me,  an obvious amateur at website-making. My name is Franklin Augustin Hedberg (ghedberg@gmail.com). My friends call me Gus, and my students, in the quaint tradition of coerced respect still honored at some schools, call me Mr. Hedberg.

Previously, I was a journalist for several decades in New York City. For most of those years I worked at various Time Inc. venues, mostly at Money magazine, where I eventually became a senior editor.  I earned a few nice awards for writing, such as The National Press Club Award for Service to the Individual in 1984. In 1983, I was a finalist for the biggie: the National Magazine Award.

Here's what happened at the biggie (indulge me). I had written a long-form feature story for Money magazine about the birthing of the personal computer industry. I felt my article was prescient, prophetic, and even world-shaping, and I shined my shoes for the gala awards dinner at the Helmsley Palace. Turned out the prize went to Outside magazine for an article on the niceties of filleting a fish, and I and the three other shortlisted nominees enjoyed crow for dinner, bones-in.

For several years, while practicing journalism by day, I taught in the evening as an adjunct prof at Columbia and NYU. For a few summers, I was a visiting lecturer at Harvard in the Radcliffe Publishing program.  My courses ranged from classical rhetoric at NYU's undergraduate college to the literary journalism course at Columbia's Graduate School of Journalism. My academic credentials include an B.A. in English from Columbia College (during its hairiest days in the 60s), an M.S.J. from the Columbia School of Journalism, and an M.A. and M.Phil. in English studies also from Columbia. I got a mid-career Bagehot Fellowship in 1985, again at Columbia, during which I took courses at the business school and at the law school. In 1990, I retired at what I felt was the top of my game. I continued to write columns for various magazines and then began teaching English and journalism at The Lawrenceville School in New Jersey, a fine old mossy boarding school near my home in Pennsylvania. That's my story.

Now, I’m not a particularly great writer myself. I’m prone to longish, twisting sentences, and I often clown around unsuccessfully in my prose. But writing has been very good to me, and I have learned a few things over the years that I would like to share. Why?

Since I intend to retire from teaching one of these days, I thought I would lay out most of what I know about writing, in the hope that my students or someone else might find it useful, even entertaining, and then I could sit back and see if the world gets any better.

So far, I see no encouraging signs.