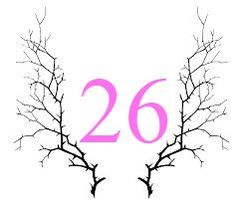 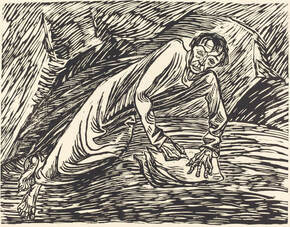 1) When you make a sentence, favor a light touch. Ask yourself at every stroke: Is there a simpler, tighter, brighter way to say this? Almost always, there is.

2)   Keep a keen eye out for the bright word. The flash from one deftly chosen word can light up a whole paragraph. On the other hand, worn-out words and trite phrases pass through your reader's mind like nameless faces on the street.

3)  Write visually. Vivid images are the alarm clocks of mental life.  Set them wherever you can to keep your reader awake.

4)  Break up an overloaded sentence the moment it begins to sag under the weight of too many words. You'll feel this if you re-read the sentence. You won't if you don't. Deliver information one discrete spoonful at time.

5)   Sentences form in your mind like things emerging from a fog. Some arrive in perfect condition. Treasure these. Some come in fragments or in a snarl that needs to be untwisted. Some may seem too simple, too direct, too chatty, even silly at first. These wild ones can be the best ones; they just need to be caught, cleaned up, and tamed. (But be careful not to squeeze the life out of them in the process.)

6)  Deal in nouns and verbs all you can. Be stingy with adverbs and adjectives.  Avoid wimpy, nudge-along modifiers like many and very. These are the sleeping pills of prose, they are usually unnecessary, as are gratuitous adverbs like clearly, obviously, surprisingly and interestingly. If it really is interesting, saying so doesn't help much; it only makes you look like a chump. Sentences aren't carry-on luggage, so don't stuff them with unneeded verbal trinkets grabbed at the last moment.
​
7)  Vary your syntax: Mix short, declarative, one-punch sentences with longer compound or complex constructions. Vary your sentence type: Pose a rhetorical question (Why not?); use an imperative (Do.); and indulge in the occasional exclamation (Please!). Don't let style bullies rob you of the verb to be or the passive voice. Both are key tools of expression when used wisely.

8)  Explore unanticipated but relevant avenues of thought. Treasures lie in dark places. So, investigate your inklings, hunches, creeping suspicions, knee-jerk objections, unexplainable impulses, or, best of all, seemingly inappropriate mental associations.  Really, do. Welcome each one. You're the host, so be gracious. One of them might be a god in disguise.

9) Remember the obvious: A short paragraph is more likely to be read than a long one. Not obvious? So, your heart leaps with joy at a page without a paragraph break on it?

10) Old "Anglo" words tend to be shorter, punchier, and to dig a bit deeper in the imaginations of English speakers than do their polysyllabic Latin-based equivalents. Bureaucrats, some scientists, all administrators and most freshmen like to Latinize. "Bought a little house" becomes "purchased a diminutive domicile."  Who does that?

11)  Fear monotony. Items in a series shouldn't step on each other's toes because they are too close in meaning. (The cat was nimble, agile, and incredibly sure-footed.) At least one item in a series should be unexpected. (The cat was nimble, cautious, and soon to be dead. Abortion should be safe, legal, and rare.)  Understand sentence topography: The last unit in a series or for that matter the last word or phrase in a sentence has all the snap to it -- like the tip of a whip.

12) Avoid sophomoric generalities, particularly as throat-clearing devices in your first paragraph. Your reader already knows that poets use metaphor to make their poetry more powerful and that human beings have always feared death. Tell them something they don't know.  Out of curiosity, they may want to hear more.

13) Repetition, it's true, sits at the heart of poetry. Poets make rhymes, alliterations, and choruses to vitalize their art. Prose writers do, too, usually for emphasis. But be careful. Repetition can cut both ways. Lazy, unintentional repetitions of words, phrases, or ideas will smother your prose and offend your readers. Dead bodies all look alike.

14) A good way to face the problem of structure in an essay is to ask the question: “Am I building something.” No one knows what shape God intended an essay to take, but likely it was not five paragraphs with a three-part thesis in the first graf.  An essay is pretty much a free-range game. Still, if you don’t feel that you are building something, something with a shape, a trajectory, or a unifying internal dynamo, you’re probably in trouble.
​
15) Fight your inner child; don't exaggerate. You're not selling used cars. Hyperbole kills by breeding mistrust. Overstating a case just smells bad. Understatement, as the best salesmen know, is far more powerful.  An understatement creates a little negative space for readers to fill in with their imaginations and thus become part of the process. Readers love that.

16) Know the ground rules. Build your prose on a sturdy framework of grammatical and stylistic orthodoxy. (Stray at your peril.) Use the present tense to write about what happens in a work of literature; have an unequivocal antecedent for every pronoun; employ the serial (Oxford) comma; title you work; don't use "said" as an adjective; and so on -- and on.

17) Have the guts to risk a witty turn of phrase or an irreverent observation now and then, but also have the good sense to know when not to. Strive to delight and entertain your reader, but don't be a clown.

18)  Be wary of English-class verbs like portray, utilize, juxtapose, pivot, symbolize, and foreshadow;  trendy adjectives like nuanced, granular, and fraught; and filler phrases like "throughout the novel" (which usually goes without saying). These are okay in a pinch, but they are pedantic, and they sour quickly. So, shun them. Shun all sonorous malarkey.

19) This is becoming a lost art: Honor the difference between an emotional appeal and a rational argument. Both are powerful rhetorical tools. Only one of them, the rational argument, is in every case an honorable implement. (A distinction lost on our politicians and most news media.) Once you are clear about the difference, feel free to combine them deliberately as needed. Use them, but don't confuse them.

20)  What you have to say should lead you to the forms you use, not vice versa. You're not making Jello Pops or sonnets. Formal conclusions, topic sentences, thesis statements, and even the paragraph itself are useful contrivances, but they are invented, artificial molds, basically just packaging to contain the natural products of thought like images, words, and sentences. These latter are the primary brushes in the art of prose. Everything else is secondary.

21) Minimize scholarly apparatus.  Contrary to the opinion of most sophomores, using brackets within quotations isn't cool. Readers wonder what disappeared behind the brackets. Sometimes there is no other solution, but if you find one, use it. You can often slide the bracketed material out of the quoted phrase and into your own prose. Then, poof! no brackets.

22) It's tempting, but don't pad your work with unnecessary, nonessential portions of quoted material.  Edit flabby quotations down to their shiny bones. Extraneous words only obscure the thrust of your argument. It's your essay, not Hawthorne's, so be greedy and guard your own air-time.

23) Resist sycophantic celebrity-stroking.  Shakespeare doesn't need a pat on the  back for writing an "iconic" play. And readers don't need to hear that by your lights Hemingway has done a "great job" at creating this or that mood.

24) Don't assume your reader knows. Some petty business just has to be spelled out.  (Pearl, Hester Prynne's ostensibly fatherless daughter,  or  Pearl Harbor, the U.S. naval base in Hawaii that . . . .) Your teacher may know what you are talking about, but another reader may not. Yes, it's just grunt work. But it's your duty to spell it out. All the pros do.

​25) You may know what you're saying, but read it again -- will anyone else? Take time (Make time!) to edit your work. Repair loose phrasing. Sharpen cloudy diction. Stamp out lazy repetitions. Shrink barbarous exaggerations. Rearrange the whole structure. Now, (This actually works!) read what you have written through the eyes of your worst enemy.  See anything embarrassing? Fix it.

26)  Keep your reader (your audience) in mind. Imagine you're running in front of your audience with a bright thing in your arms, shaping it as you go. Now and then, you turn and smile -- well, not literally, but your reader will feel your smile. It's a relationship. So, yes, you may have to fret and struggle to perfect your prose. But your goal, no matter what the struggle, is to end up with lucid, lively sentences that read as if they had been tossed off effortlessly. Work on it, work on it really hard, and eventually they may be.
​