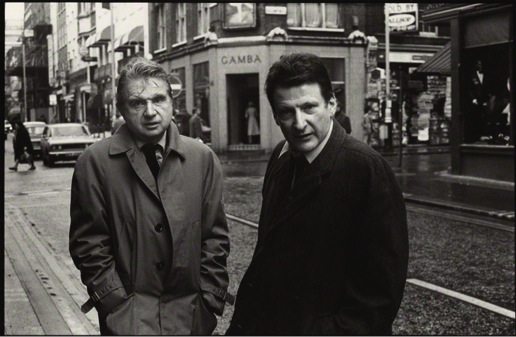 The world of writing , like the world of art and the world of science, is a world of imitation marked by boring similitudes, redundancies, coincidental echoes, and disguised and exposed plagiarisms.  It is no coincidence that Allen Ginsberg’s Howl has many of the earmarks of Walt Whitman’s Leaves of Grass. Ginsberg considered Whitman worthy of imitation, and said so. Shakespeare transmuted old plots from histories and fables into his inimitable dramas. Baudelaire influenced Charles Sanders Peirce. Bob Dylan strung many of his songs and ballads on traditional folk and hillbilly tunes and verse forms. The idea of a sonnet did not occur independently to the thousands of poets who happily use that poetic formula as a vehicle for their expression. Rather the sonnet form is like an ice cube tray in to which thousands of poets have poured the ichor of their genius hoping to freeze it there for eternity. “Immature poets imitate; mature poets steal,” goes T.S. Eliot’s jest. (And “Bad poets deface what they take,” he added.)

In truth, no words by writers, and no equations by scientists, or depictions by artists can fully escape the charge of being in part the children of other minds. In the development of personal style as a writer, emulation, imitation, and let's not forget envy, are a vital empowering forces. We come to build our own sentence style on the bones of the sentences of other writers.  This is as natural and traceable as primate evolution.

So when it comes to sentence crafting, don’t be shy – and don’t the proud.  Remember your own sentences, no matter how much you may wish to imagine that the are the exclusive spawn of your own inimitable genius, are in reality largely echoes and riffs forged in, from, and by the broad network of language you float in. There would be no sentences – at lease no sentences recognizable by another person -- if you had not been influences directly and indirectly by millions of models already uttered by other sentence makers.  If Milton can thank Homer, if Shakespeare can thank Horace, if Einstein can thank Poincare and  Michelson, if Francis Bacon can thank Velasquez, and Velasquez, Titian, then you can bloody well try you hand at shaping a few sentences in imitation of sentences shaped by writers who struggled with the shaping of sentences before you.

But of course  you must bear in mind that when both the thought and the words of two different texts are identical that is called plagiarism, and you had better have the stature of Eliot’s “mature” poets to get away with it. But bending the syntactical structures, the tropes, and stylistic strategies of the sentences you read to the purposes of the sentences you write is very fair game. And it also happens to be an excellent way to build and refine your own style.

So try these drills:

“Between the silver ribbon of morning and the green glittering ribbon of sea, the boat touched Harwich and let loose a swarm of folk like flies, among whom the man we must follow was by no means conspicuous – nor wished to be. “

Note how the drama of the sentence builds from the poetic, contrastive, two-stroke first prepositional phrase with its metaphoric ribbons and visual glitterings, to the busy of image of the swarm of passengers to the sudden narrowing of focus onto a single passenger and then further into his brain where we read his secret intent. As an exercise, try to make a sentence that roughly follows the same pattern. from the broad poetic brushstroke to the selection of a specific subject to the revelation of a hidden quality related to the subject.

Example: Between a morning of brain-pinching classes and hormonal high of soccer practice, Annie’s friends typically relaxed with snacks and social media, but you can bet that was by no means Annie’s style—not when there was one more practice SAT exercise to be done.

Okay, not great. But still, just trying to pour a new line of thought into the shape and plan of the model sentence was a challenge to might bear fruit on another occasion.

The first step is simple deconstructing the model sentence. What are its key qualities in terms of syntax, tropes, word choice?  You might diagram it with a simple schematic:

Then note that the sentence moves from description (Between the silver ribbons of morning and the glittering green of the sea) to narration the boat toucked Harwich and let loose a swarm of folk like flies among whom was the man) to argument (we must follow) to exposition (was by no means conspicuous – nor wished to be).

Note the diminishing use of metaphor and simile as the business of the sentence moves from description to argument and then to exposition.

Also we must appreciate the surprise slap-ending of the sentence where we are told that the main quality of the the subject (his unconspicuousness) is a calculated deception.

Take a few shots at it.