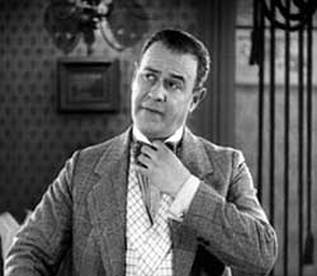 I’m going to have to be a bit vague about the date. I will confess that right here. I think it was in 2011, but I could be off on one side or the other by a year. But I can be absolutely firm about the count – 77.  I know because I still have the envelope with the penciled stick-count I took at the time as it happened. Seventy-seven times, in a meeting that lasted less than an hour and a half, the speakers, all of whom were what we call around my school administrators -- one a PhD, one an MBA, and the other an Ivy BA -- used the adverb 'actually' in their presentations.  That's about 25 apiece in what averaged out to be three 20-minute addresses. So, that's better than one a minute. And in every case – okay, one might have actually been justifiable (like that one) -- but the rest, actually, were, actually, not at all necessary (like those).

I have been tracking the rise of the adverb actually as it wormed its way up the expletive food-chain into a position of prominence in the oral discourse of the day, and I have puzzled over the cause, and the source. The cause, I conclude, has something to do with an uncomplicated sense of self-importance, which leads to decorating perfectly hum-drum observations with the whiff of incredulity that an 'actually’ brings to the party.  The idea is to boost the power of the information by assuring the listeners that they stand in an unelevated position ready to be astounded by getting some piece of higher knowledge from a speaker kind enough to shine his or her light upon them.

Live sample: “I actually was interested in some research done at Penn, where clinicians actually observed children in the learning process.”  That’s two in just one sentence. The first is there to tell you that you will be amazed at the broad-ranging interest of the speaker and then the second will impress you with the surprising fact that clinicians observe children.

The source of the phenomenon remains a mystery. The best I can do is to note that on the occasion of the 77 actually's all three speakers had earned their degrees from the same university. A pure coincidence I imagined, but subsequent field research has revealed a definite partiality for the locution among other degree-holders from that school (Princeton, actually) and a few others of its ilk.

Now, on to the TED-talk ‘so'. This one is sort of sweet, and explaining it seems simple enough.  ‘So', of course, is a coordinating conjunction, meaning that it is a word that connects one clause with another. It can also be a subordinating conjunction.  Yet, with increasing predictability, ‘so' is  used as the very first word of an extended discourse.  I think I first became aware of this when, of a rainy afternoon, I committed about a minute each to an accumulation of TED talks forwarded it to me by friends who imagined, I guess, that I was in need of a good talking to. The TED-talkers, almost to a TED-talker, began their addresses, usually after a self-depreciating shrug or nod, with “So . . . "  as if some form of dialogues with the audience has preceded their arrival on the stage and they were just picking up where it had ended. In reality, what followed the 'so' was not being conjoined to anything whatsoever that had already been said. Because nothing had already been said, the 'so' literally comes out of no where.

I think I get it though. The ‘so’ implies that the audience has brought their ignorance before an expert and is prepared for enlightenment. The expert has anticipated this need, understands the pathetic dim-wittedness of the audience and is merely connecting to this pre-negotiated condition with the conjunction.  “So,” the talk begins, “the Higgs bozon is a fascinating particle." The subtext reads more like, “Lucky you, because you know so little about this and I know so much." As a conjunction the ‘so’ joins ignorance and expertise – at least in the mind of its wielder.  The practice has spilled off the podium and into the bars, cars, and sidewalks of daily life. Nowadays, almost any time you invite a response from a bright young person of some, really any, academic stature (like freshmen enrollment), you are likely to get the sweet, weary ‘so’ as an opening move.

If you think about it

Now, no one really likes the suggestion that he or she is not thinking., or is thinking poorly. We are all thinking all of the time. And if we are talking with someone about a particular subject, we are probably thinking about that subject. So being hit with an, “if you think about it” in the middle of the exchange, is really a case of being accused of not thinking about it, or worse, not thinking correctly about it.  “If you think about it, we’re all humans.” Well, thanks, genius. That certainly never occurred to me.
Wait!

Wait, what about “wait"? This one seems to be bit of tongue fungus growing on mostly kids between 12 and 18. It doesn't really mean wait because you are usually already waiting when it's said. Like any good expletive, it doesn't really mean anything much beyond, “I'm here, and I'm making this noise." But it's a pleasing little judo chop of a sound that can be used to begin any sentence -- or every sentence: “Wait, what's the assignment? Wait, is that for tomorrow? Wait, will there be a quiz? Wait, I'm confused. Wait, what did I get on the last quiz? Oh."