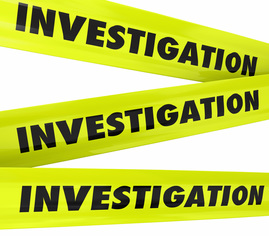 
Can I be blunt on this subject? If you don’t
have time to read, you don’t have time
(or the tools) to write. It’s a simple as that.

In every good poem or story, even in most bad ones, there is always something to get.  We ask, “What is this poem trying to say? What does it mean?”  And then we might say, “Okay, I get it.”  But then we remember that people who know about these things don’t so much like the idea of searching a poem for “meaning.” Looking for meaning seems cheap and acquisitive to them like grabbing the cherry off the sundae.  And besides, poets themselves have politely asked us not to do it. “A poem should not mean, but be” wrote Archibald MacLeish famously. A poem should be treated less like a fortune cookie with a message inside and more like a bagel – the pleasure, it seems, is distributed away from the center.

But we are the species that always looks for meaning. We just do that. Why do poets tell us not to? Could they be a little greedy and needy too? I think so. They know their poems mean something, but in this cruel world, they fear that once a reader knows what a poem means, the reader is going to think he or she doesn’t really need the poem any more. Such an idea naturally offends a poet.

So let’s make peace with the poets. We’ll promise not to go ransacking their poems for bumper-sticker meanings if they can provide a rich enough experience around the “I get it” heart of the poem to keep us engaged.  Secretly, we’ll still try to get it, but now we’ll be cool about it.

Some poets, I think, intentionally write poems in which there is nothing to get. “The Red Wheel Barrow” by William Carlos Williams is probably the most reprinted poem by a 20th Century American poet.  (Ask your creative writing teacher what grade he would have given it if it had been turned in to him by a student – but be sure you’re wearing over-the-ankle rubber boots.)

I guess what there is to get about this poem is that there is nothing to get beyond the image – and that then becomes something to get. Much depends on this. Cute, no?

The Good and Patient Reader

Realistically, if we are going to write about a poem, say, we need to have some notion of what it is all about. The poet must have has some intention in writing the dang thing to begin with, and on some level we need to lay our hands on that intention, as uncool as  that effort may be.  We can decide how flatfooted we are going to be about trucking out our sense of what the poem is really about.  We might be coy; we might be elliptical, or we could be straight-up in-your-face about staking our claim. Either way, if we are going to offer an interpretation of the poem or story to a reader, that reader should feel that we are in full possession of the poem. If we are not, if there are some inscrutable spots that have eluded our best efforts to make them behave in the context of our interpretation, then it is our duty, our sacred duty, to lead our reader right to them where together we can puzzle over them like Roman arguers over  chicken entrails.

Now it is often the case that it is just these very spots, the ones that don’t fit into our sense of what there is to get about the poem or story that are most important to our work as critics. They are often vent holes, secret tunnels that lead to a whole new world of understanding. If we haven’t flown by them oblivious to our own defeat, we can use then as conduits into the author’s more subtle intentions. So here is where we need to spray the dayglow X on the ground and stretch the yellow tape around the spot. We may have to do some serious digging.

In John Cheever’s classic short story “The Housebreaker of Shady Hill,” this line appears out of the blue after the story’s hero, Johnny Hake, is fired from his corporate job as a cellophane salesman: “It seemed to me that if it had been my destiny to be a Russian ballet dancer, or to make art jewelry, or to paint Schuhplattler dancers on bureau drawers and landscapes on clamshells and lived in some very low-tide place like Provincetown, I wouldn’t have known a queerer bunch of men and women than I knew in the parablendeum industry, and I decided to strike out on my own.”  Schuhplattler dancers? What in hell?  I have assigned this story to class upon class for decades, and I have never had a student, adult or adolescent, make note of it on a first reading. Nor has student been able to produce a cogent explanation for what it is doing in the story. And yet with a little recourse to Cheever’s biography the line, I think, becomes intelligible and a new and astonishing interpretation of the whole story heaves into sight. Cheever struggled with his own sexual identification, and suddenly it becomes clear that, although it isn’t mentioned anywhere in the story, so it seems does Johnny Hake.  Yet is it far easier to read the story, which would still hang together, and ignore this tortured, baroque line entirely. But it’s there. It didn’t “accidentally” fall off a shelf into the story. Cheever put it there. It must be dealt with. And there is a reward for doing that.

In Elizabeth Bishop’s The Fish, a long thin poem about a woman catching a monumental, strangely passive fish and then letting it go, we are told just at the end that “victory filled up/ the little rented boat.” Easy to whistle past this line. After all, catching a fish is sort of a victory, and yet . . . .  This poet chooses her words so carefully that it is unlikely that she would spend two lines on such a banal declaration. The victory must be about something else, and of course it is. Well if it's not the woman's lucky catch, there's only one other player out there in the sea who could be a victor or a victim. Of course, it's the fish! The fish is suddenly the Buhdha, Vishnu, and Christ all in one, and the victory is clearly its. But we would never know this if we simply slipped passed the line on the greased rails of a facile supposition.

This habit we have of filling in empty spaces, patching over conceptual holes, ignoring inconvenient information, and pulling together all manner of resistant and disparate element in service of our own preconceptions is part of what brain scientists call the Gestalt structure of conscious experience, which is an aspect of the “unity” feature of consciousness. Simply put, this idea refers the fact that we typically see things as structure against backgrounds.  It is also called the “figure-ground” theory.  As philosopher John Searle explains it, “If I see the floor, I see it against the background of the whole room, until finally we reach the limits of my visual field” (Rediscovery of the Mind, 132). Somehow my brain goes about structuring whatever it is I see. If it’s a circle with two dots in the upper half and a reclining parenthesis in the lower half, I structure this into a face somehow. If the parenthesis is presented belly down I see it as a happy face. If someone puts two triangles on top of the circle and a Y-like thing between the parenthesis and the dots I see a cat’s face. And so on.

This “unity" feature in our minds has been tested ad nauseam in labs all over the world. We just structure stuff naturally. So too, we structure what we read. Our first structuring of a novel might be that it is a structure of crap. But maybe we didn't read it carefully enough. Maybe we just didn't “get it." But that doesn't bother us, as long as we can skate over it quickly before the ice breaks and we sink into a problem of interpretation. We would like to think that out brain picks up on such discontinuities and we can mark them for further investigation. But like the Schuhplattler dancers in the Cheever story, usually these red flags simply disappear as little colorful patches against the familiar landscape of the story. Unless we are good readers.

If we are good readers, we take action. It is our duty then to stop at that exact spot, set up a mental baracade and a circle of yellow warning tape, bring in the jackhammers and probes and start digging right there. Digging for meaning. Digging for the real -- or secret -- continuity of the passage. Digging for our lives.