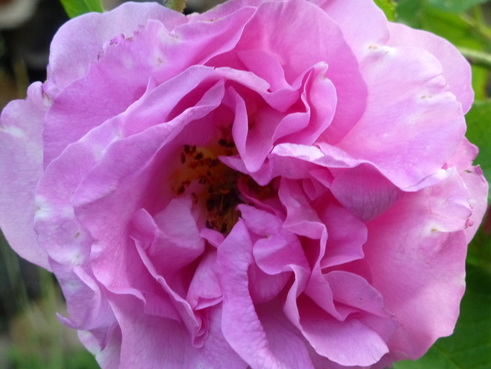 What Drives a Sentence?


Dylan Thomas, the Welch drunkard and poet, once wrote a poem with the memorable title (and first line) of "The Force That Through the Green Fuse Drives the Flower."

This is not a bad way of looking at the question of how sentences happen. Flowers do pop out at the end of green stems, and some force does this. Sentences do seem to burst or bloom out of our mouths or off our pens, shaped in ways we don't always expect by some mental apparatus that lies somewhere between the idea and the sentence. A sentence then, you might say, is a rhetorical flower driven by the force of thought through the fuse of language.

What makes a good sentence?

Here's one thing: A good sentence gets out of its own way.

When a person talks about a sentence being strong, beautiful, lively, or provocative; if they know what they are talking about, they know that they are really not talking about much. In a way, the key to a good sentence is more about what isn’t there than what is. Something quite astonishing or moving can be expressed in just a few bright words. "Split the lark and you'll find the music" (Emily Dickinson).  "The heart is a lonely hunter" (Carson McCullers).

All good sentences do not have to be terse and pithy. There is plenty of room in the winners' circle for long difficult sentences, but they usually have to be carrying long, difficult ideas to justify their impingement upon your time and attention. For example, this one by Jonathan Swift: "The Scripture tells us that Oppression makes a wise Man mad; therefore, consequently speaking, the Reason why some Men are not mad, is because that are not wise. However, it were to be wished that Oppression would, in Time, teach a little Wisdom to Fools."

Now we all know that thumping commonplaces can be delivered to us in overlong sentences that choke themselves up in unnecessary and unappetizing knots. Here's a prominent American diplomat discussion foreign policy:

We would very much like to see Iran take a position as a responsible leader that doesn't intimidate or threaten or scare its neighbors and others, but the choice is really up to Iran and we're going to keep working to try to come out with the right decision.

We have here a rather hum-drum idea that is drowning in confused and needlessly redundant language. (How many ways can you say "threaten"?)  The sentence literally says that the US is going to try to come out with a decision that is Iran's to come out with. Which is an absurdity. We sort of know what the author had in mind, but she chose the wrong sentence to deliver it. Something as simple and as true as "We're going to push Iran to be less of a threat" just wouldn't sound as good to the bureaucratic ear.  Proof: The sentence quoted is listed among its authors most memorable utterances. But don't be fooled. It's junk. A good sentence gets out its own way.

Its business goes on in a hidden place. After all, one way of looking at a sentence is as just a vehicle. It’s a container of ideas, the pipe that carries a feeling, a fear, or perhaps a falsehood. On this view, it's a rack upon which thoughts hang.

To a reader, the beauty and power of a sentence is first in it sense – in what it says. Only thereafter do we construct a secondary appreciation of its syntax and the subtlety or deftness of its word choice. But that’s a game for the clinician.  Ideally a reader should be propelled on to the next sentence without stopping to marvel at word choice or dally over mechanics.  A sentence is a piece of machinery, but what it says is something quite other, something quite apart from the mechanical universe. A sentence’s payload might be sentimental, provocative or factually true or false, but to the degree that we can separate those qualities from quantitative issues like syntax or redundancy, we realize that a “beautiful” sentence can be quite simple, quite plain, and quite spare.  Its quality is often as much a result of what has been ruled out as what has been selected.