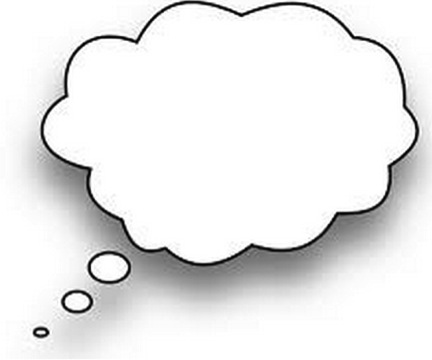 What is an Idea?

To begin with, you might free yourself from the notion that an idea and the words that carry it are entirely different matters, like made of different stuff. They may turn out to be, in the end. The neurology of the 22nd century, I hope, will answer that question. In truth, I think it's better for all of us if it remains a mystery. But for now it seems clear that the idea and its words are functionally entwined in some kind of a meaningful tango that we don't quite understand, but it goes on every time we open our mouths to speak.

"The medium is the message," observed Marshall Mcluhan back in the wooly 60's. He is saying that the different media -- print, television, graphic arts, etc. -- each has a separate message inherent in its nature, in its technology,  that broadcasts itself over and through whatever specific messages its users think they are putting out. The analogy is not exact (it wouldn't be an analogy if it were), but the idea of a relation between the thought and the word is similar in its challenge to common sense perception. The thought, in a sense is already the words you are going to find it in when you think the thought. But you are not aware of exactly what those words are when your are entertaining the thought.

Great. But how does this relate to writing better prose?

Make a sentence right here, a sentence about anything like, say, your foot. Go on, do it. (Please.)

My foot is on the floor.
I should know my own foot by now.
My foot is an ebony masterpiece of evolutionary engineering.
Why is my foot never lonely?
I never put my best foot forward.
When I woke up my foot was gone.
I’m going to put my foot through his sorry ass.
Are you really my foot? Kiss my foot.
Foot, don’t fail me now.

Now you try one.

Can you feel it? (No, not your foot.) Did you feel your sentence happening as it occurred to you? Will you agree that, while there was probably one big idea floating around somewhere, in each case, the sentence-making process involved several ideas, several packets of thought that hooked up -- sometimes automatically, sometimes with your help – but hooked up in a cause that was somehow related to a singular, hovering idea?  And these packets of thought could come from any corner of the universe. They certainly did not need to have anything to do with feet until you brought them all together for that purpose.

Or perhaps they did. It has been more than a century since the Swiss professor Ferdinand de Sausseur suggested that each word is both a discreet entity unto itself and at the same time is connected to every other word in its language by some unnamable force. So maybe words can come rolling in from distant unrelated galaxies of thought along the airy fibers of this mysterious network to hook up  usefully  and delightfully with the very word that is on the ‘tip of your tongue’? Or maybe you have to go fetch them.

Every word is an idea, and every combination of words is a compounded idea, some more interesting than others. The sentence is a stream of ideas, a pipeline of thought, a runway of beautiful dreamers, a midnight train of notions, which when it hits another head can burst into a meteor shower of thought or a dark sloshing sea of emotion. A sentence can instantly create an intricate conceptual field of converging and caroming ideas or, alas, it can flatline into a hum of cerebral white noise. A lively aggressive sentence can jab; it can bob and weave, duck, fake, and dodge. It dances and it floats. It can crush you in a stroke.  And then say ‘just kidding’.